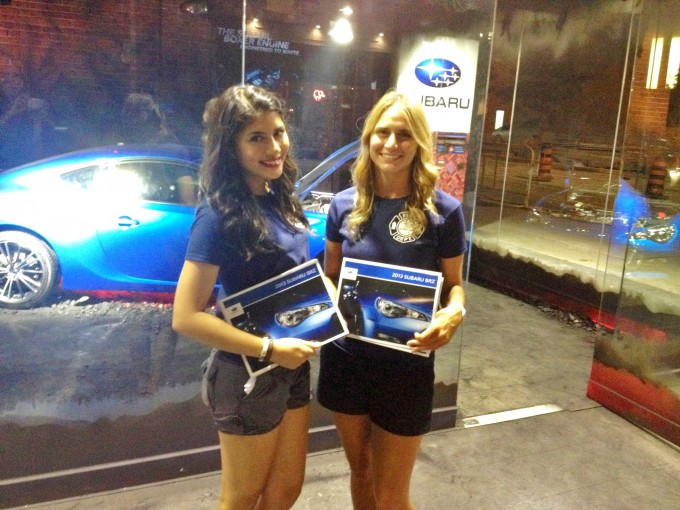 Throughout August and September 2012, Splash MM teamed up with Subaru at the corner of Queen and McCaul in downtown Toronto to promote the new Subaru Boxer.

Splash MM girls were set up inside a retail space at the edge of the entertainment district along with a Subaru BRZ. The entire space looked as though it had been completely scorched in a fire ignited by how hot the new car is. Everything from the floor, to the ceiling, to the mailbox outside, had been burnt to a crisp by the blaze. Splashers were on the scene dressed as part of a fire crew that was there to put out the fire and let the public know how hot this car really is.  The Splash MM girls invited the public in to have a look at the car, sit in the driver’s seat and inform them of the BRZ’s specs.