Splash MM Causes a ‘Riot’ in Seattle with League of Legends 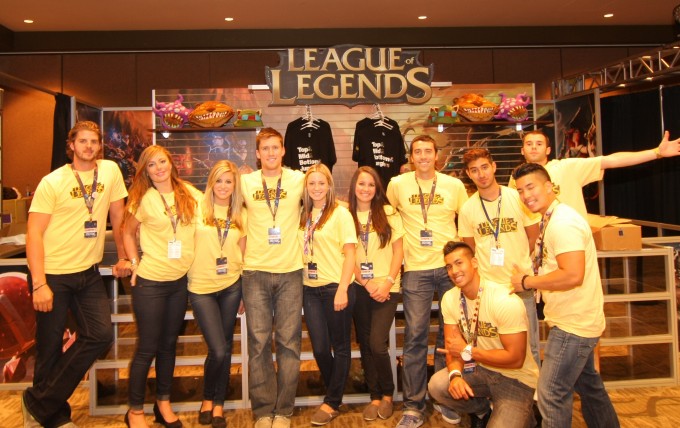 Splash MM was at the pinnacle of the gaming world, PAX Prime, held at the Washington State Convention Centre in Seattle, Washington. Splashers were representing the newest giant in online gaming, Riot Games, the creators of League of Legends. Known as LoL to hardcore gamers, it swept the online gaming community by storm, becoming the most played online PC game in the world in just 2 years of existence!

League of Legends hosted its North American Season 2 Regional Championship at PAX Prime. The tournament created an excellent opportunity to launch its merchandise line, which was being sold for the very first time. Splashers were spread out over 2 floors of the venue creating a buzz, directing fans to the booth and selling merchandise like crazy!

One of our Splashers was dressed as the featured mascot of League of Legends, Amumu. Amumu is a depressed and lonely mummy who wanders the land searching for answers to his forgotten past. He was definitely a big hit all weekend with compassionate LoL fans!