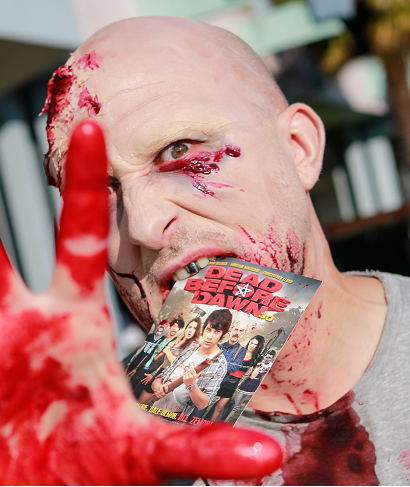 On October 12th and 19th Splash Brand Ambassadors hit the streets of Victoria, Calgary, and Montreal to promote the Canadian release of “Dead Before Dawn 3D”.Splashers participated and promoted the movie release at each city’s Zombie Walk.

On October 30th 2013, the film will be shown exclusively at 32 Cineplex Entertainment theatres across Canada.