Break me off a piece of that Vote Vote Vote! 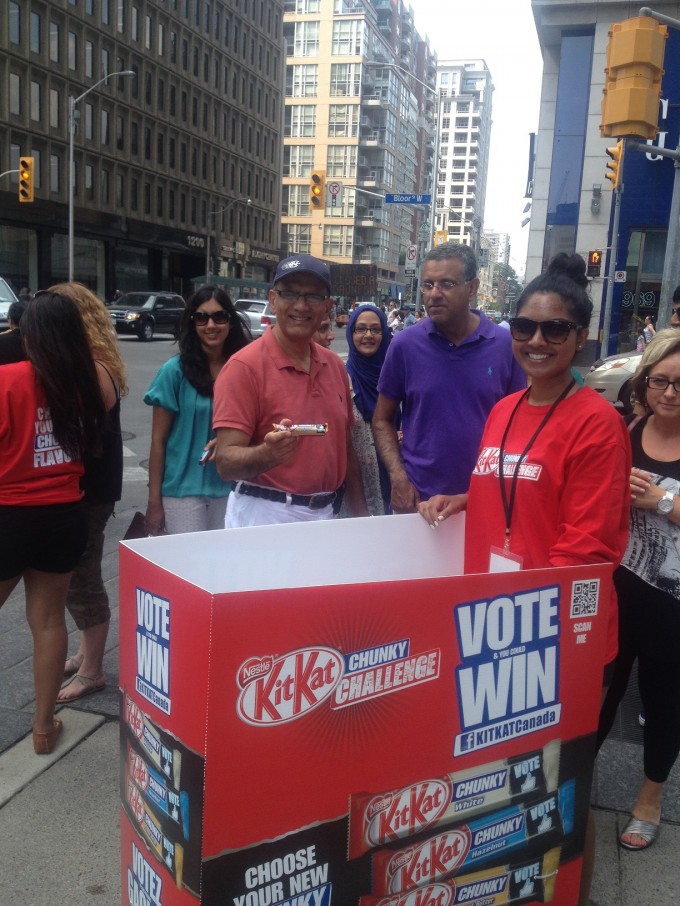 SplashMM teamed up with Nestlé to find out which limited edition flavour of Kit Kat Chunky was the consumer’s favorite.

With three flavors to choose from; White Chocolate, Peanut Butter and Hazelnut, consumers cast their votes to find out which would be the lucky addition to the Nestlé team.

SplashMM Ambassadors were in Montreal and Toronto sampling these tasty bars and giving consumers the chance to make their choice on which flavor will stay through the Kit Kat Chunky Challenge Facebook page. Consumers were also spoiled with a chance at grand prize when they filled out their information for the vote. With many people sampling different flavours, they were torn on which flavour to choose from as all brand ambassadors heard throughout the day was “Why can’t we choose all three?” After trying so many great flavours, I know that we are all waiting in anticipation to see what flavour came out on top!