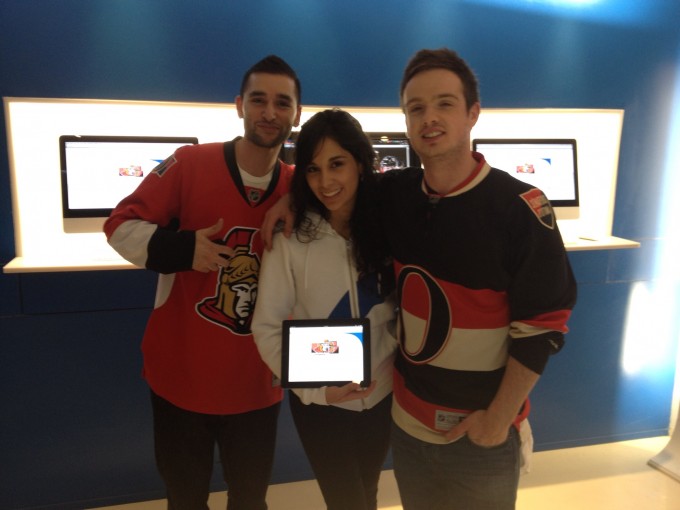 Hockey fans were invited to take part in the Bell Trivia Challenge and test their knowledge of the game by taking part in a 5 question quiz via the Playbook, iPad, Samsung Galaxy tablet or the Mac desktop. Winners of the Challenge walked away with a signed Ottawa Senators hockey stick and jersey.